No, you are not making it up, and yes, it definitely seems like more and more sets of twins are being born than you recall in the past.  In fact, the CDC has revealed that the incidence of twin births continues to rise.  In 2013, 33.7 twins births occurred per thousand births, and in 2014, 33.9 occurred per thousand births.  This means 135,336 sets of twins were born in 2014 (statistics for 2015 are not yet available).  Approximately 75% of twin pregnancies are non-identical twins, which means that the two fetuses developed from two separately fertilized eggs.  In addition, the average age of first time mothers is also on the rise.  In 2013, the average age of first time mothers was 26 years old; in 2014, the average was 26.3.  Simultaneously, teen births are declining, probably due to increased education and availability to contraceptive medications and devices.

Some might presume that the connection between older mothers and increased incidence of twins can be attributed to increased fertility treatment.  However, an even stronger connection is hormonally mediated.  A Dutch study (printed in Human Reproduction) revealed that older women have higher amounts of FSH, follicle stimulating hormone.  This hormone is responsible for the development of healthy, viable eggs which can subsequently be fertilized.  The study included women who were undergoing intrauterine insemination.  Development of multiple follicles occurred in 105 of the approximate 500 study participants, and these women contained higher concentrations of FSH compared to the women who developed single follicles.

Apparently, the pituitary gland, which secretes FSH, steps up its game in the eleventh hour to perform its grand finale, so to speak.  Scientifically speaking, this gland produces greater amounts of FSH between the ages of 38 and 48 to help the few remaining viable eggs develop.  In regards to this phenomenon, Dr. Cornelius Lambalk, one of the study’s head researchers, remarked, “Advancing female age is associated with declining fertility due to decreasing numbers and quality of oocytes.  But at the same time there is a distinct increase in dizygotic [non-identical] twin rates – a seemingly paradoxical phenomenon that has not been entirely explained, until now.” 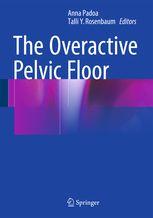 It is with tremendous excitement that I introduce to you The Overactive Pelvic Floor (Springer 2016), a medical textbook intended for urologists, urogynecologists, gastroenterologists, physical therapists, sex therapists, and life-long learners such as yourself.  Why am I so eager to share this textbook with you of all the many textbooks in the annals of medical literature, you may ask?  Because I co-authored Chapter 15, “Medical Therapies for the Treatment of Overactive Pelvic Floor”, along with Dr. Andrew Goldstein and Zoe Belkin (link to textbook).

The editors of The Overactive Pelvic Floor are Dr. Anna Padoa, who works in the Department of Obstetrics and Gynecology at Assaf Harofe Medical Center and Talli Rosenbaum, Certified Sex Therapist, pelvic floor physical therapist, and blogger par excellence.  Both Padoa and Rosenbaum sought to provide a comprehensive analysis of the overactive pelvic floor as well as clinical guidance for treatment.  Each chapter was written by experts in their respective fields, and contributing authors incorporated the latest evidence based research regarding their respective topics.  Topics addressed include female genital pain and penetration disorders, Interstitial Cystitis and female voiding dysfunction, male chronic pelvic pain disorders, and classic and alternative physical therapy approaches to treat overactive pelvic floor, to name a few.

Co-authoring the medical therapies chapter was an extremely rewarding experience for me. First of all, it inspired me to research the latest medical advancements pertaining to my profession.  I routinely treat patients who have been prescribed diazepam suppositories, cyclobenzaprine, and amitriptyline, or who have received pelvic floor Botox injections.  I now have a more comprehensive understanding about how these medications affect the musculoskeletal system of my patients.  In addition, as a blogger, I clearly enjoy writing, and I warmly welcome opportunities which allow me to exercise the left hemisphere of my brain.  Finally, this project (which was worked on collectively for approximately one year) enabled me to collaborate with one of my favorite physicians, world renowned vulvovaginal specialist Dr. Andrew Goldstein.  I hope to have many similar future opportunities, and I eagerly await the chance to discover and disseminate additional medical information to the masses.