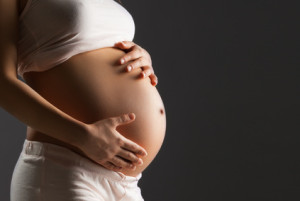 How long is pregnancy expected to last?  According a popular Jewish song I grew up with at the Passover Seder, “Nine are the months before a baby’s born.”  And nine months times four weeks per month = 36 weeks of pregnancy, right?

Wrong.  As I focused my studies on high level scientific subjects, all of a sudden women seemed to be pregnant for an entire four additional weeks.  Apparently, pregnancy is actually forty weeks.

In a fascinating and entertaining recent article, (August 1, 2016, link to article) Dr. Chavi Eve Karkowsky, a high-risk pregnancy specialist, encourages society to count pregnancy in “weeks” instead of “months” for several reasons.  She explains that the estimated due date (EDD) which doctors often share with expectant mothers is 280 days (or nine months and seven days) after the first day of the last menses.  Conception is estimated at approximately two weeks after this date (i.e. 38 weeks before the EDD).  In case a woman forgets when the first day of her last menses occurred, ultrasound can also be used to determine the EDD.

According to Karkowsky, months are an inappropriate measure of pregnancy. The increment of time is simply too large.  It would be like trying to measure spices with a cup while cooking!  Weeks more accurately reflect the subtle developments and changes that occur within the growing fetus.  Pregnancy related tests and fetal monitoring examinations must be performed throughout the gestation, and measuring pregnancy in terms of weeks enables clinicians to perform these tests at the most appropriate time, with greater precision.

Furthermore, Karkowsky promotes speaking about weeks instead on months because pregnancy is actually longer than nine months.  True, if all months were non-leap year Februaries (i.e. 28 days long), then perhaps we would have what to discuss.  However, as you may remember from a popular childhood adage, every other calendar month is 30 or 31 days.  This means that technically speaking, each month is approximately 4.3 weeks, which would translate into 40 weeks totaling slightly longer than nine months.  Mentally calculating weeks into months will result in mistakenly assuming that one’s pregnancy is shorter than it actually is.  By the time most women arrive at the nine month mark and are ready to roll, the last thing they want to hear is “Oops, just kidding.  On second thought, this pregnancy is actually going to last an additional third of a month longer.”  From the perspective of setting realistic expectations “weeks” is better than “months.”

If you are currently counting the weeks (or months) of your pregnancy, congratulations!  Hopefully you are feeling great and managing well despite the summer heat.  If, however, you are experiencing musculoskeletal pregnancy related changes or pain, Revitalize Physical Therapy would love to help. Pre and post-partum related changes are among our specialties, and it would be an honor to ease you into motherhood as smoothly as possible. 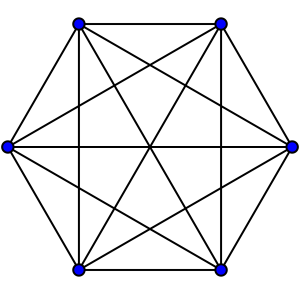 Polycystic ovary syndrome (PCOS) is a condition characterized by a set of symptoms which are the result of increased androgen production by the ovaries.  Androgens are hormones that contribute to the development of male characteristics.  These symptoms include irregular or infrequent menses, heavy menses, pelvic pain, fertility challenges, and excessive facial and/or body hair.  PCOS is also associated with adult onset (type two) diabetes, heart disease, obesity, sleep apnea, and endometrial cancer.  It is the most common endocrine disorder found within women aged 18-44.

A third and new approach being researched is modified adrenal hormones.  The adrenal hormones include adrenaline and steroids (aldosterone, cortisol, and the hot topic of the day- androgens).  What do the adrenal glands have to do with ovaries?  That is an excellent question.  The answer, which is also the reason why this approach is being explored, is because a recent study conducted by the National Institute of Health’s (NIH), results released June 27, 2016, suggests that there may be a link between PCOS and adrenal gland disorder.  Previous research has revealed that the adrenal glands of some women with PCOS produce increased amounts of androgens.  In this study, 38 women with diagnosed PCOS comprised the experimental group, and 20 women without PCOS served as the control group.  Almost 40% (15 of the 38 women in the experimental group) demonstrated increased adrenal gland hormone production.  Furthermore, on average, the size of these women’s adrenal glands were smaller than average.

What percentage of women who experience PCOS are actually also experiencing adrenal gland dysfunction?  Is there a connection in the pathology and etiologies of the two disorders?  Perhaps most importantly, can the population of women with PCOS who also demonstrate adrenal hormone overproduction benefit from adrenal hormone therapy?  Connecting the dots between the ovarian-adrenal connection may guide and facilitate future research and treatment.