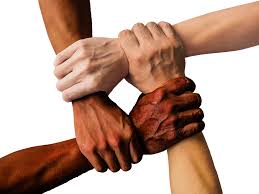 Chronic pelvic pain is a condition that, according to Mathias et al[i], affects approximately 15% of females between the ages of 18-50.  One type of pelvic pain, myofascial pelvic pain, is characterized by trigger points (taught muscle bands) within muscle fibers as well as pelvic pain. Typically, acetylcholine is a neurotransmitter released by motor neurons of the nervous system to activate muscles.  According to Borg-Stein et al[ii], chronic pelvic pain is associated with excessive acetylcholine release at the motor end plate nerve terminal.  This results in prolonged muscle contractions during times when the muscles are supposed to be at rest.  This results in pain and decreased tissue oxygenation.

Historically, treatment for myofascial pelvic pain includes manual physical therapy (such as myofascial release), trigger point injections to the local taught muscle “knots,” and medication (which is less popular due to often poor patient outcomes, undesired side effects, and/or poor compliance).  Researchers have recently explored a surprising alternative, namely onabotulinum toxin A, aka Botox.  While most people associate Botox with wrinkles or spasticity, the drug is now being used to treat the pelvic floor.  Botox works by preventing acetylcholine release at the motor end plate, thereby allowing the muscles that are chronically in an “on” state to be turned “off.”

A recent study by Halder et al[iii] explored the benefit of combined myofascial release along with Botox injections.  Women eligible to participate in the study included women who experienced chronic pelvic pain, demonstrated presence of pelvic floor muscle trigger points (indicated by pain during muscle contraction), and failure of previous intervention.  The experimental group treatment included Botox injections (under general anesthesia) followed by transvaginal soft tissue myofascial release for 10-30 minutes.  Participants were re-assessed between 2-8 weeks following the treatment.  At that time, only 44% of participants demonstrated trigger points upon digital palpation (vs. 100% pre-treatment) and 58% of participants reported decreased pelvic pain.

This study indicates that the future of overactive pelvic floor rehabilitation strongly suggests combining medical and manual physical therapy modalities. One of the things I love most about being a pelvic floor physical therapist is the holistic and collaborative nature of this specialty.  It is important to remember that chronic pelvic pain is often a complex puzzle with many pieces to address.  It often requires a team approach and multi-disciplinary attention.  Studies such as these prove that a combination of interventions is an approach that should be considered.  Medical care providers serve their patients best when they can distinguish what falls within versus beyond their scope of practice.  May we have the humility to recognize when to join forces appropriately with other medical care providers in order to best benefit our patients.