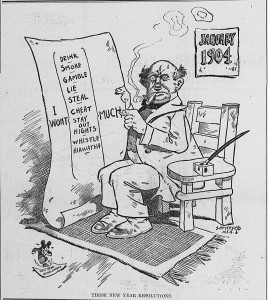 Many find the end of the holiday season to be a time of reflection upon the blessings of the past year and hopes and dreams for the upcoming year.  It is also a time typically associated with New Year’s resolutions, many of which are associated with weight loss.  However, according to the Franklin Covey time management firm, a staggering thirty percent of New Year’s resolutions are abandoned by February.  Is this solely a question of will power and commitment, or is there possibly a chemical connection to failed weight loss attempts?

A recent study in Cell Metabolism (December 29, 2016) explores a possible connection between obesity and dopamine.  Most people with a medial background automatically associate dopamine with a different disease, namely Parkinson’s Disease (PD).  PD is a chronic degenerative disorder on the central nervous system which affects motor function.

Dr. Alexxai V. Kravitz, a researcher at National Institute of Health’s National Institute of Diabetes and Digestive and Kidney Diseases (NIDDK) with a heavy background in PD research, shifted gears several years ago and began obesity research.  Over time, he was surprised to discover that obese mice demonstrate similar behaviors to mice with PD.  Up until then, it was assumed that obese mice were inactive and lethargic due to excess body fat which made it difficult to be mobile.  However, Kravitz’s observations led him to hypothesize that perhaps obese mice were inactive due to an actual chemical dopamine deficit.

This indicated that excess body weight wasn’t the culprit responsible for decreased activity.  Rather, six different aspects of the dopamine signaling system were observed, and it was discovered that obese mice demonstrated D2 dopamine receptor dysfunction.  According to Dr. Danielle Friend, “There are probably other factors involved as well, but the deficit in D2 is sufficient to explain the lack of activity.”  In order words, decreased activity in obese mice (and possibly humans?) is more connected to a chemical imbalance than to schlepping around excess weight.

The purpose if this blog is not intended to discourage people from their lofty New Year’s resolutions, nor to excuse those who fail by blaming it on possible dopamine deficits.  Studies are yet to be performed with humans, and many questions are yet to be answered.  Rather, the purpose of this blog is to validate and inspire.  Yes, it is difficult to make dietary and physical activity improvements.  In fact, there may even be chemical components contributing to the challenge.  That being said and in response to the blog title’s question …it IS physically possible!  Try as best as you can to stick to your guns and to take it day by day.  Find a friend to be your gym buddy.  Take the extra few minutes preparing that salad rather than the quick and convenient fast food route.  Mind over matter can accomplish tremendous accomplishments.

May we find the inner strength and resolve to commit ourselves to healthier lifestyle choices, and may we be kind to ourselves when we “slip up.”  I wish all of you, my dear readers, a happy and healthy 2017 filled with abundant blessing.