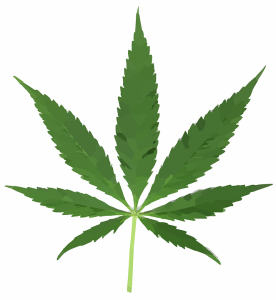 When most women are asked what helps alleviate their monthly menstrual cramps, common answers include Midol, ibuprofen, and hot water bottles.  One of the last remedies expected would be…marijuana.  Until now.

Foria Relief, a vaginal suppository which contains cocoa butter and medical cannabis (60 mg of THC (tetrahydrocannabinol) and 10 mg of CBD (cannabidiol)) has recently been used in California, Washington, and Colorado to treat dysmenorrhea (menstrual pain).  According to the National Health Service (NHS), menstrual cramps are the result of contraction of the muscular wall of the uterus.  This in turn compresses the surrounding vascular system and restricts blood flow.  The suppository addresses these issues by acting on the nerve endings surrounding the uterus, the ovaries, and the cervix which in turn decreases pain and inflammation.  In particular, THC interferes with pain pathways while still keeping pleasure pathways open, and CBD reduces inflammation by acting on the immune system.

Foria Relief is not the first product manufactured by Foria.  In 2014, The California based company (founded by Mathew Gerson) first gained consumer attention when it produced a THC-enhanced lubricant, Foria Pleasure spray, to help improve sexual satisfaction.  Ever since then, Foria has been colloquially (and appropriately) referred to as the “weed lube” company.  The product’s success caught the attention of many, including urologist Dr. Jennifer Berman, who has also appeared on The Doctors.  Gerson and Berman joined forces to investigate the potential benefit of cannabis in treating pelvic pain, inflammation, endometriosis, and menstrual cramps.  According to Berman, “When a woman experiences menstrual cramps, the uterus is contracting.  The muscle goes into spasm, and it releases inflammatory mediators that exacerbate pain. Cannabis, in general, works to relieve muscle spasms by increasing blood flow and decreasing muscle contractions. When you increase blood flow, you help to restore oxygenation to the tissue, thereby decreasing inflammation and lessening discomfort.”

Women who have used Foria Relief reported that cramps decreased shortly after inserting the suppository and that the benefits were long lasting.  They also reported that the product worked locally, and the chemicals did not affect their ability to function as they normally would have (i.e. they did not feel high).  Despite these promising subjective reports, both Foria products are not yet approved by the US Food and Drug Administration (FDA).  Furthermore, it goes without saying that two of three ingredients in Foria Relief are illegal in most states.  Finally, clinical studies investigating these products have not yet been performed.  As a hard core scientist, anecdotal evidence does not compare with tried and true evidence based research.

It will be interesting to see how law intersects with science in the coming years.  The current relationship between the courts and the laboratories effectively tie researchers’ hands behind their backs to an extent.  Treatments can only be manufactured as long as their ingredients are legal.  How will the scene of medicine change in response to legal decisions and changes?  What exactly constitutes “medicinal purposes” and how far will the concept extend?  Only time will tell…and I am eager and excited to see what the future holds.