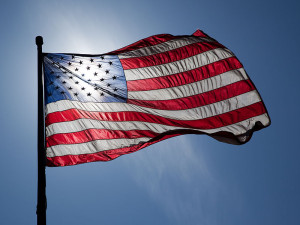 It is hard to believe that yesterday marked fifteen years since the horrific attack against our country on September 11, 2001.  Much has been said and written about the victims of the tragedy as well as the volunteers who risked their lives to help at the scene.  The stories of bravery and heroism that abounded following the attack helped restore our faith in humanity and bolster our pride as Americans. I would like to deviate somewhat from my typical blog to share one such story (with a medical twist) with you.

Samuel Benson is a good friend and community member who I had the pleasure of meeting several years ago. After the 9/11 attack, Sam played an integral role in the rescue efforts, and he has kindly offered to be interviewed about his experiences for today’s blog.  Sam’s actions and selflessness were not isolated to that tragic day fifteen years ago. Unfortunately, the ramifications of Sam’s involvement affect him medically to this day. As a medical care provider, I would like to focus this blog on his experiences in order to promote sensitivity and deepen our appreciation to him and the many others who share similar stories.

I worked at the Mayor’s Office of Emergency Management (OEM) at the time. In the 9/11 response, I was the Branch Director for Health & Medical Operations. In the role I coordinated the casualty management, fatality management, and the environmental health and safety functions.

It’s hard to pick out any one thing—a few thoughts come to mind. I remember walking out of the ruble and both the silence and then the calls for help. However, I had to leave the scene—it wasn’t my job as a paramedic to treat individuals, it was my job as an Emergency Manager to work the bigger issues.  I had to establish contact with EMS, the hospitals, the City and State Departments of Health, and the federal Public Health Service (PHS) for national medical assets.

I also remember trying very hard to maintain balance. I had colleagues who were oh so proud of working 80 hours without sleep. I told them they were out of their mind: no one can effectively work like that—your decision making is so impaired, as well as a lack of self-awareness, that you might as well be drunk. I got home every single day. I may have only slept for 2 or 3 hours, but I got a physical and mental break. I remember getting healthcare workers removed from the scene who were so exhausted and stressed that they were breaking down in front of me.

I was at work every day. My first day off was a few weeks later on Yom Kippur (The Day of Atonement).
I worked every single day including Shabbos (Sabbath), and Rosh HaShana (The Jewish New Year).
When the Anthrax Attack came, I was back to7 days a week. However, my daughter’s birthday fell out on Succot (Tabernacles). I made arrangements to take a break for 2 hours so I could run home, have lunch with her on her birthday, and then go back.

In the months after 9/11, I developed the “World Trade Center Cough” which required treatment for a few years. Two years ago I was diagnosed with Chronic Leukemia and that has been officially attributed to 9/11. Last year I was diagnosed with an auto-immune disorder called Polymyalgia rheumatica (PMR). While it has not been officially linked, I know that an increasing number of responders have developed auto-immune problems and I expect that it will also be listed as a 9/11-related illness.

Know your role and what you need to do.

Understand your mission and objectives.

The larger the job, the more important to work it one-step-at-a-time.

Sam, we are very grateful to you for sharing your story and perspective.  We hope and pray that medical advancements will offer appropriate treatment for the aforementioned conditions you discussed.  Although you may view your role in the events that transpired as routine par for the course, we recognize you for the true hero that you are.