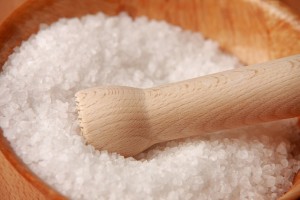 Anyone who grew up on Mary Poppins is well familiar with the concept that “a spoonful of sugar helps the medicine go down.” But no Disney movie taught us that a small amount of salt, or any other source of iodine, can help increase fertility. The research which has proven this fact has only recently become available.

Until recently, iodine, which is found in iodized salt, seafood, dairy products, and certain fruit and vegetables, has been known primarily for its metabolic properties.  In addition, it regulates bone growth and brain development in children.  Furthermore, the developing fetus requires iodine to produce thyroid hormone.

According to a recent study published by the National Institutes of Health, adequate iodine is associated with fertility. Women who demonstrated moderate to severe iodine deficiency may have a harder time achieving pregnancy compared to women with normal levels. This is especially relevant considering that approximately 30% of childbearing women in the United States exhibit insufficient iodine levels.

Fertility is a very sensitive topic, and I not suggesting that consuming more salt is a cure all or quick fix. If only it could be that simple. However, I am suggesting that perhaps a conversation with one’s doctor about diet, vitamins, and minerals is appropriate, especially considering that many women are iodine deficient. This one little mineral can make a huge difference, and it is worth further discussion and exploration. And like all the happy endings to every Disney movie, may everyone’s fertility hopes and dreams come true.