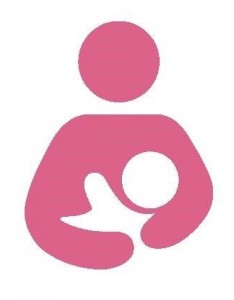 To breastfeed or not to breastfeed? Many of my postpartum clients have asked themselves this question. Ultimately, each woman must arrive at a decision that best suits her lifestyle and needs, and she should be respected for whatever choice she makes. My purpose in writing this blog is to review relevant medical data, both old and new, so that readers can make an informed decision.

Breastfeeding benefits both newborn and mother alike. The World Health Organization (WHO), the American Academy of Pediatrics (AAP), and the American College of Obstetricians and Gynecologist (ACOG) recommend that mothers breastfeed their infants for at least twelve months, six of which should be to the exclusion of formula or other foods[1][2][3].  This is due to the nutritional benefit supplied to the infant which is believed to promote growth and development.

Not only does breastfeeding nourish the infant, but it also benefits the mother by reducing her risk of developing diseases such as breast and ovarian cancer. It also promotes postpartum weight loss[4][5][6]. A proposed explanation for why breastfeeding offers these benefits is associated with its amenorrheic properties. In other words, breastfeeding is associated with extended loss of menses after childbirth which in turn promotes oxytocin and prolactin levels while reducing gonadotropin levels in the circulatory system. These changes benefit the mother’s health and reduce disease risk[7]

Much of this information is probably not new to my readership. However, a prospective cohort study recently published in the BMJ (the journal formerly known as the British Medical Journal) revealed fascinating results[8], namely that longer periods of both total and exclusive breastfeeding are correlated with decreased risk of endometriosis.

Endometriosis, a gynecologic disease which involves growth of uterine tissue outside of the uterine walls, is diagnosed in approximately 10% of American women. It is associated with chronic pelvic pain, especially during one’s period, as well as dyspareunia (pain during intercourse) and bowel dysfunction. (For more on endometriosis, please refer to my previous blog on the topic, “The Most Common Disease You’ve Never Heard Of”).

Through this study, which included more than 72,000 women and lasted from 1989 to 2011, researchers discovered that:

As with the aforementioned maternal breastfeeding benefits, it is hypothesized that the prolonged lack of menstruation and associated hormonal changes are to thank for the decreased risk of endometriosis, because endometrial lesions are dependent on estrogen for their growth.

Prior to this study, very few modifiable risk factors have been identified for endometriosis. This study indicates that breastfeeding may be an important player in reducing the risk of endometriosis for expectant mothers. While future research is warranted to better understand this correlation, the information presented in this study should be considered by mothers who are deciding whether to breastfeed their newborn, especially if they have a known history of endometriosis.

Aside from breastfeeding, pelvic floor physical therapy is an evidenced based modality to treat symptoms of endometriosis, especially pelvic pain and pelvic floor muscle overactivity. If you or someone you know has endometriosis and stands to benefit from our services at Revitalize Physical Therapy, please share this information. We look forward to helping in any way possible!