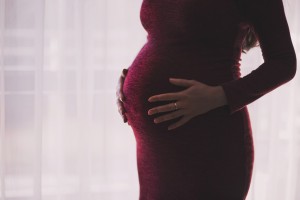 For decades, researchers have attempted to answer this question and find the silver lining in the nausea.  Hook and Profet proposed that morning sickness protects the developing fetus harmful chemicals in foods by physically forcing the pregnant woman to expel them.  Examples of such chemicals are toxins in certain strong-tasting vegetables, alcohol, and caffeine.  In fact, this may explain and be linked to certain food aversions experienced by some pregnant women.

It has also been proposed that women who experience morning sickness, especially accompanied by vomiting, are less likely to miscarry.  This possible inverse relationship was recently explored at the National Institutes of Health’s Eunice Kennedy Shriver National Institute of Child Health and Human Development (NICHD).  The goal of the study was to provide hard core evidence that morning sickness indicates a healthy developing pregnancy and decreased risk of miscarriage.

In the study, Dr. Hinkle and her team investigated data from a previous clinical trial called the Effects of Aspirin in Gestation and Reproduction (EAGeR) trial (for more information, please refer to this link).  The EAGeR trial attempted to answer the following question: If a woman has experienced one or two previous miscarriages, does taking prophylactic aspirin prevent miscarriage in future pregnancies?  This innovative research was the first in its kind, as it had participants keep a detailed account of nausea and vomiting symptoms early in pregnancy in a population of women who had all experienced previous miscarriage(s).  Participants kept meticulous journals during weeks 2-8 of their pregnancies documenting nausea and vomiting.  After the eighth week, the women kept track of the same symptoms on a monthly basis through the 36th week of pregnancy.

The results of the study supported the aforementioned hypothesis.  Of the 797 women who participated in EAGeR, 76.4% of the participants completed their pregnancies.  Unfortunately, the remaining 188 women (23.4%) experienced miscarriages.  Researchers found that 57.3% of the participants reported symptoms of nausea and 26.6% of the participants reported nausea with vomiting.  Ultimately, these women were 50-75% less likely to suffer a miscarriage compared to the women who did not experience the same symptoms.  Although the women probably did not appreciate their unpleasant and undesirable symptoms at the time, those very symptoms were benefiting and protecting their babies.  In other words, that which was previously viewed in a negative light was actually extremely positive.

Hopefully, this ironic research discovery will help pregnant women withstand and, dare I say, appreciate the hidden blessing which we call morning sickness.  In the words of Victor Frankl (Man’s Search for Meaning), “In some way, suffering ceases to be suffering at the moment it finds a meaning, such as the meaning of a sacrifice.”  May this newfound understanding of morning sickness, one of the many sacrifices mothers make for their children, provide tolerance, encouragement, and meaning to expectant mothers.