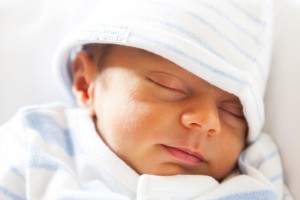 The last thing any woman wants to hear is that she isn’t getting any younger.  Along those lines, most young women who would eventually like to become mothers generally don’t appreciate being reminded about their biological time clocks (even when coming from the mouths of well-meaning grandmothers).

The fact that a google search of the words “freezing eggs” yields more than thirty two million results indicates that this is a hot topic on the minds of many.  Unfortunately, many women feel a certain amount of pressure and stress when it comes to the topic of family planning.  However, recent research indicates that women may actually have more time than they originally thought.  And, fascinatingly enough, this research was discovered by accident.

Many a medical breakthrough have been discovered “by accident.”  One famous example is when Scottish bacteriologist Sir Alexander Fleming’s fortuitously discovered penicillin in 1928.  Similarly, our discussion today surrounds another similar medical finding that was seemingly chanced upon magically.

Until present, it was medically accepted that females are born with a finite number of eggs which gradually diminish as a woman ages. However, researchers at the University of Edinburgh (link to article) now posit that the human ovary may be able to produce new eggs later in life.  This was first observed in a population of women being treated for cancer with a type of chemotherapy called ABVD (adriamycin bleomycin vinblastine dacarbazine).

Unlike many other types of chemotherapy, ABVD mysteriously does not adversely affect fertility.  Professor Evelyn Tefler and her team initially undertook the task to explore this mysterious phenomenon, and they stumbled upon an altogether different and completely shocking revelation.  When these women underwent ovarian biopsies, it became apparent that their ovaries contained significantly greater quantities of eggs compared to similar aged women who had not undergone the same medical treatment.

Other scientists are skeptical about these preliminary findings, and they remain circumspect about this circumstance until further replication of the results.  They prefer to establish harder evidence before raising hopes and expectations.  However, it is hard to deny that clearly, the ovary is a much more complex and compelling organ than we previously realized.  Further research is warranted to analyze its full potential.  If in fact new eggs can be produced by the ovary later in life, the future of fertility treatment may completely shift gears from egg freezing to egg production.  Until then, may the current science and technology available to us help many women achieve their family planning goals and dreams with the least amount of stress.